I’m fortunate to work with a company that allows you to take a one-month-long sabbatical. This month is my sabbatical month. One week in, my friend Shaun half-jokingly asked: “How’s your sabbatical? You bored yet?” To which I replied: “Hell no.”

A sabbatical is a break from work, but that doesn’t mean you don’t work. Your mind wanders. There’s always something to be done. The truth is you can’t sit and do nothing. If you’re the least bit creative (which is 99.9% of humans) your mind is filled with things you want to do. So I set a simple goal: empty my mind. Here are some things emptied from my mind:

Peux Poll—a fun little app I made with Josh Peek

Every idea has a genesis. Peux Poll started with

and Superman. A few weeks ago I saw Man of Steel/Superman with my friends Josh, Trevor, and Shaun. Afterward, we all went to a bar to talk about the movie among other things. We all agreed Man of Steel wasn’t the best, but it wasn’t the worst either.

Alongside the movie discussion someone brought up (jokingly) that we could make a Basecamp extension that turned certain to-dos into “poo-dos”. The extension would visually replace the text of to-dos into

I told Josh about an idea for a quick polling app while driving him home. The center of the app would be a quick tweet-able question. Your friends/followers can vote

. The app would count the votes and show you the results. He liked the idea. So we made it. 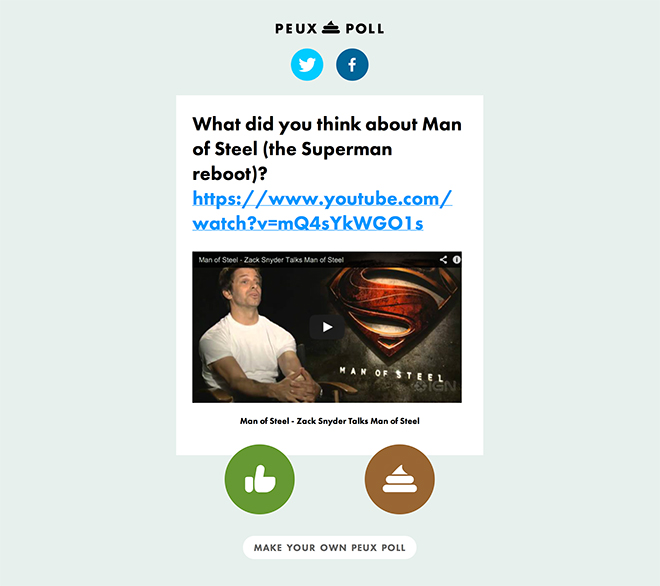 The first poll I made was What did you think of Man of Steel? That’s how Peux Poll was born. It’s a fun little free app. No account needed. You can make polls to share on Facebook or Twitter. You can paste links from IMDB, YouTube, iTunes, Spotify, and hundreds of other sources too. Try it out!

Renegade Craft Fair is a street marketplace that happens twice a year in Chicago. It’s a great venue for artists, craftswomen and men to sell their wares. So many people want to sell their work at the fair that you must apply to do so.

It’ve been meaning to apply for the opportunity to sell something. During my sabbatical I finally made space to do it. 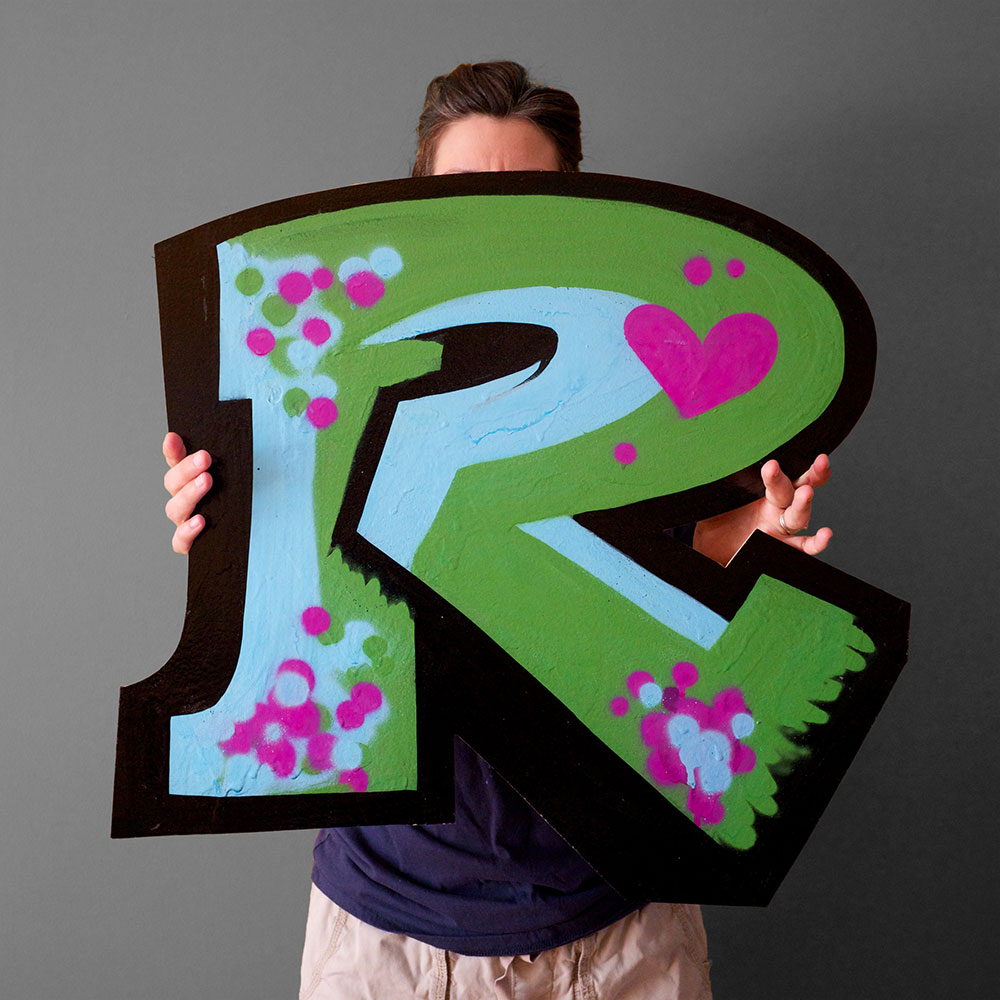 When I was younger I liked spray painting letters on walls. Graffiti was one of the reasons I got into graphic design. Letters are meaningful to most people—especially their first or last initials. I found the perfect way to meld the spirit of the Renegade Craft Fair with something I love.

And hopefully other people love enough to buy for themselves or as a gift for friends/family. Please visit my booth this coming September 7 and 8. Say hello (and buy something).

I don’t have a work/life balance problem. But I also took this opportunity to spend more time with my family. Also, going to a Chicago museum in the middle of the week is exactly the way you should do it. Which is what I did.

I’ve lived in Chicago all my life, and I’ve never been to the planetarium. The Adler Planetarium was the first planetarium in the Western hemisphere. Also, the view of the city is amazing from there.

I also discovered a sort-of-secret beach nearby. We had a lot of fun just being tourists in our own city.

You can take the time to empty your mind

I won’t bore you with specifics on the hundreds of home improvement projects I worked on too. But I want to share with you something I learned from this “work break”. Every one of us has something we want to do occupying our minds. Too often “work” is the scapegoat for not doing any of it. That thing you’re not doing takes up space in your mind. Now you’re preoccupied at work. At least that’s how it works with me.

Too often I’ve self-edited myself. Regarding personal projects: “I can’t get that done on the weekend, so why bother?” Don’t try to do it all in one sitting. You can get it done. Just do it.

So when I get back to work, I’ll keep emptying my mind each week. There’s way too much in there. It needs to get out. I hope you take the time to do so too.

Thanks for reading. My name is Jamie Dihiansan, and I’m a Graphic Designer from Chicago who works with the lovely people at Basecamp. Daniel Burnham said, “Make no little plans.”. You should do that. Follow me on Twitter to be updated on what I’m making and thinking about.