The following document was given to me by Judy Kukita in Chicago (2014). My mother is Amasaco Kukita. Her father Hajime Kukita died when she was just a toddler. We didn’t know much about the Japanese side of our family until we met Judy. I always wanted a family crest. I grew up with a lot of Irish American kids and their families all had crests. Now I finally have one. But, I wish we knew where my grandfather Hajime Kukita fit into all of this. 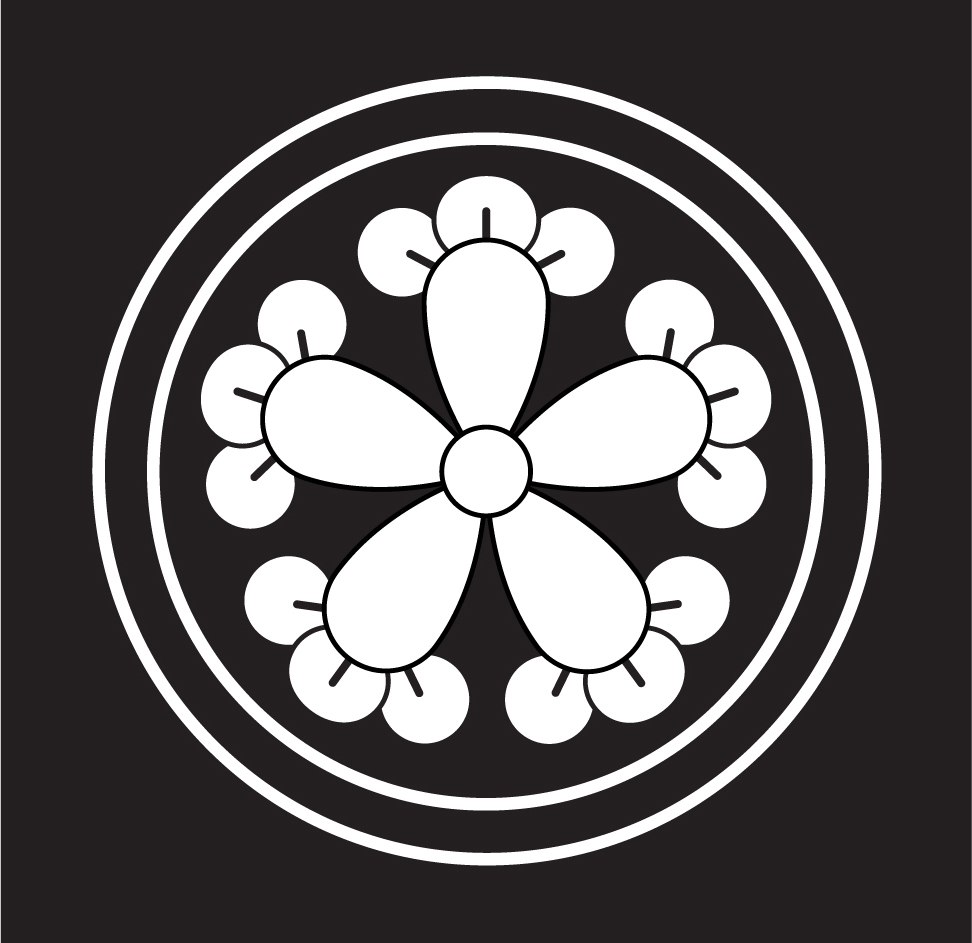 In the Heian Period (794-1192 C.E.) chōji, or cloves, were one of the exotic and costly spice items brought to Japan from Malacca (on the western tip of the Malay Penninsula and other distant lands). It was greatly prized by the upper class. Used to enhance both taste and status, the clove had other importance as well. It was regarded as medicinally beneficial. It was also believed to bring good fortune when burned in the flame of a small lamp.

As a pattern, the clove design became identified early on as one of the takarazukushi, a group of figures said to symbolize health, comfort, luxury, and the like.

Several families used various arrangements of the clove design as a family crest. The noble Takatsuka, Kaneko, Sanjo, Sanjonishi, and Oshikoji families were some of them.

Samurai families using the clove crest design were the Saga, Mochizuki, Sakamoto, Kōdō, and the Nodzu.

One person, famous in Kona, who brought his clove crest design (Migi-Futatsu-Chōji-Tomoe) to Hawaii from his birth place in Aizu-Wakamatsu City in Fukushima-ken, Japan was Dr. Harvey Saburō Hayashi. He was born on 22 February 1867 as the second son of Fusanosuke Takehiro Hayashi and Shige Shoda. Fusanosuke fought bravely for his Aizu lord, Matsudaira Katamori, in September 1868, but they (the Tokugawa shōgun supporters) lost the Bōshin War to the modern army of the Meiji emperor and the Satsuma-Chōshū-Hizen-Tōsa (today Kagoshima-ken, Yamaguchi-ken, Nagasaki-ken and Kōchi-ken) Western army.

This is when the Byakkotai (19 teenage samurai of the Aizu army) committed seppuku (suicide) when they thought their lord was dead and the Tsurugajō Castle had fallen. Saburō Hayashi’s family was exiled to the bleak northern Honshū land of Aomori-ken. He went on to medical schools in Japan and San Francisco, then migrated to Hilo and finally Hōlualoa, Kona, in 1894. Having 12 children, he passed away at 76 on June 1, 1941.

Thanks for reading. My name is Jamie Dihiansan, and I’m a Graphic Designer from Chicago who works with the lovely people at Basecamp. I finally have a family crest. Follow me on Twitter to be updated on what I’m making and thinking about.